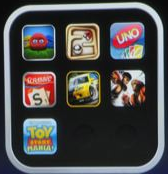 iPhone folders allow you to reduce clutter on your iPhone’s home screen and group similar apps together.
You can put all of your games into a single group and have them take up just one icon on the screen, rather than take up pages of icons.

To create a folder group, you’ll need at least two apps to start.

Clean your browser on your iPhone or iPad