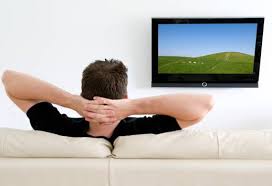 Ways to watch TV via Internet  Now that the UK free to air TV channels have virtually disappeared in parts of Europe, what ways can I watch TV and what should it cost? Now that the FTA consortium has moved their channels to the new Astra 1E satellite, we cannot receive TV via satellite dish again outside the UK. Now UK TV can only come via an internet connection. I have previously written about the Intelsat 907 scam which purports to give back TV via a small satellite dish, so I won’t go over that again, suffice to say that these types of connections are likely to disappear along with your installation costs. Since the method of re-broadcasting the signal is highly illegal this will surely be closed down before too long. The system we call Internet TV is referred to as IPTV or Internet Protocol Television. There a number